My aim is to create an expressive response to the environment; the ever-changing effects of the elements on the sea, estuaries, skies, wide open spaces and forests and to portray an atmospheric and emotional sense of place. As the image “emerges” a feeling of “rightness” prevails – only then can one inhabit that space. 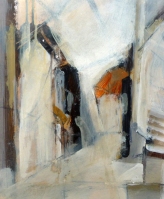 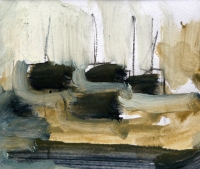 Biography
Born in Torquay, Devon in 1946, Colin attended the Newton Abbott College of Art from 1961 to 1964. He worked as a graphic designer for advertising agencies in Exeter and Bristol until 1982 after which he ran his own design studio until 1996 when he moved to Suffolk with his wife to paint full time.

Exhibitions and Galleries
Since 2019 a member and exhibitor with The Suffolk Group.
Since 1998 a member and exhibitor with the Ipswich Art Society.
Since 2004 a member and exhibitor with Artworks.
Between 2000 and 2007 regularly selected to exhibit at The Pastel Society and ‘Discerning Eye’ exhibitions at the Mall Galleries, London. Exhibiting in one-man exhibitions and regularly as a gallery artist with: Snape Maltings Gallery, Snape, Suffolk since 1997; The Rye Art Gallery, Rye, East Sussex since 2015.Group and one-man exhibitions at: The Peter Pears Gallery and The Aldeburgh Gallery, Aldeburgh, Suffolk 2001 – 2015.
Represented by The Linda Blackstone Gallery at The Affordable Art Fair, London, Dublin, Edinburgh, Manchester, Bristol 2004 – 2016.
Artist of the Month, Snape Maltings Gallery, Snape, Suffolk 2004, 2006, 2014.
Artworks in Suffolk, The Big Shed, Iken, Suffolk 2001, 2003, 2006.
On the Border, The Minories, Colchester, Essex 1997.
Over the River, Wolsey Art Gallery, Ipswich, Suffolk 2002.
Creative Forces, Gainsborough’s House, Sudbury, with Jonathan Clarke, 2013.